Welcome to Python Nation, a podcast dedicated to the Python programming language and focused on Digital Forensics & Cybersecurity.

Using the power of Python requires a new way of thinking about and approaching script development.  For example, in each episode we will apply Python to a specific challenge problem.  This applied learning method provides a productive and easy on-ramp that will yield immediate results.  Along the way you will learn how to apply Python to a wide range of practical applications. 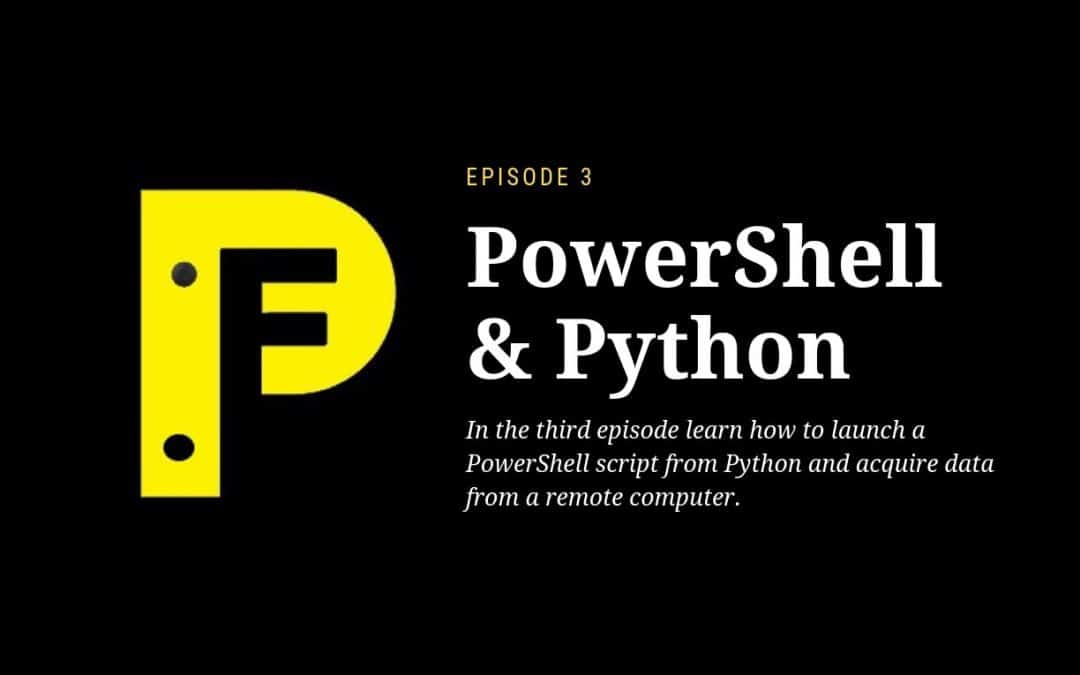 In the third episode learn how to launch a PowerShell script from Python and acquire data from a remote computer.

Chet Hosmer is the Founder of Python Forensics, Inc., a non-profit organization focused on the collaborative development of open source investigative technologies utilizing Python and other popular scripting languages.   Chet has been researching and developing technologies and trainings surrounding forensics, digital investigation and steganography for multiple decades. He has made numerous appearances to discuss emerging cyber threats, including interviews on National Public Radio’s Kojo Nnamdi show, ABC’s Primetime Thursday, and ABC News Australia. He has also been a frequent contributor to technical and news stories relating to cyber security and forensics with the IEEE, The New York Times, The Washington Post, Government Computer News, Salon.com and Wired Magazine.

Chet serves as a visiting professor at Utica College in Upstate NY, in the Cybersecurity Graduate program where his research and teaching focus on advanced steganography/data hiding methods, along with the latest active cyber defense methods and techniques.  Chet is also an adjunct professor at Champlain College in VT, where his research and teaching focus on applying Python and other scripting languages to solve challenging problems in digital investigation and forensics.

Your feedback is the driving force behind the Python Nation Podcast series, therefore we encourage your participation and feedback.  We are always looking for new challenges and ideas for future podcast topics.  If we choose your topic or idea, you’ll receive our cool Python Nation coffee mug so we can both have a cup while we chat!

This website uses cookies to improve your experience while you navigate through the website. Out of these, the cookies that are categorized as necessary are stored on your browser as they are essential for the working of basic functionalities of the website. We also use third-party cookies that help us analyze and understand how you use this website. These cookies will be stored in your browser only with your consent. You also have the option to opt-out of these cookies. But opting out of some of these cookies may affect your browsing experience.
Necessary Always Enabled
Necessary cookies are absolutely essential for the website to function properly. This category only includes cookies that ensures basic functionalities and security features of the website. These cookies do not store any personal information.
Non-necessary
Any cookies that may not be particularly necessary for the website to function and is used specifically to collect user personal data via analytics, ads, other embedded contents are termed as non-necessary cookies. It is mandatory to procure user consent prior to running these cookies on your website.
SAVE & ACCEPT